So the story for our stop motion animation idea is that it starts out with Hassan walking from school with his friends and Hassan was nervous about that day because it was a special day for him it was the day that a new president was going to be announced so Hassan was very nervous about that. when he got home he discovers that the president he voted for didn’t win and that the other president won and this made him think about his future and he started to get very worried about it. the president he voted losing the election had an impact on Hassan and he started to have negative ideas and thoughts on how to get rid of the winning president.

Hassan’s friend Zak has seen a little change in Hassan but Zak thought it was nothing and decided to invite Hassan to a gaming event but Hassan rejects the invite and said he had things to do and this puzzled Zak because Hassan and Zak were talking about going to this event for a long time. on the weekend Zak was on his way to the gaming event when he saw Hassan with a pitchfork heading into town this puzzled Zak so he decided to follow Hassan. Zak saw Hassan stop and take a phone call from someone and Zak decided to listen to the phone and that when Zak heard about the mob at the tower and after the phone call Zak decide to stop Hassan and talk some sense to his friend after everything Zak said to Hassan, Hassan decide to not go to the tower and decide to go with Zak to the gaming event that night at home Hassan heard about the mob on the news and how they all got arrested and how the winning president is suing them for scaring the employees and damaging the building and Hassan was happy that he didn’t join the mob because he could have gotten arrested and sued.

Note: not all of the scenes written here will be used or they will be changed in a different way so it easier to do it.

purpose: the purpose of the animation is to make people aware of radicalisation and how it can happen to you or someone close to you and how to get help with it.

Ben must prove he is good enough to date cop James’ sister. By doing this he goes on a “Ride Along” to show that he is not weak and he will do whatever it takes to get James’ approval but along the way runs into a few obstacles that he has to overcome in a very funny way.

The genre of this movie is:

Synopsis: After making their way through high school (twice), big changes are in store for officers Schmidt (Jonah Hill) and Jenko (Channing Tatum) when they go deep undercover at a local college. But when Jenko meets a kindred spirit on the football team, and Schmidt infiltrates the bohemian art major scene, they begin to question their partnership. Now they don’t have to just crack the case – they have to figure out if they can have a mature relationship. If these two overgrown adolescents can grow from freshmen into real men, college might be the best thing that ever happened to them.

The main colour for the cover of this movie is red as the background is red also the title of the movie is in red the text at the bottom is white and the characters are written in black and it’s also bold also the main two characters of the movie are in colour they are a holding a golden gun.

Cause and Effect “Chain”

Micro per scene and Macro per film

Todorov had a theory that all story passes through 5 key stages.

there are also 6 structure that all movies must have.

Open narrative: open narrative is a story that end in a cliffhanger or continues in a another movie.

Single strand: single strand is a story that has one character and one story.

Multi strand: multi strand is a story that has multiple heroes and multiple story’s.

material that could be used possible:

this is my mood board.

this is some of the sketches I had done for my animation. 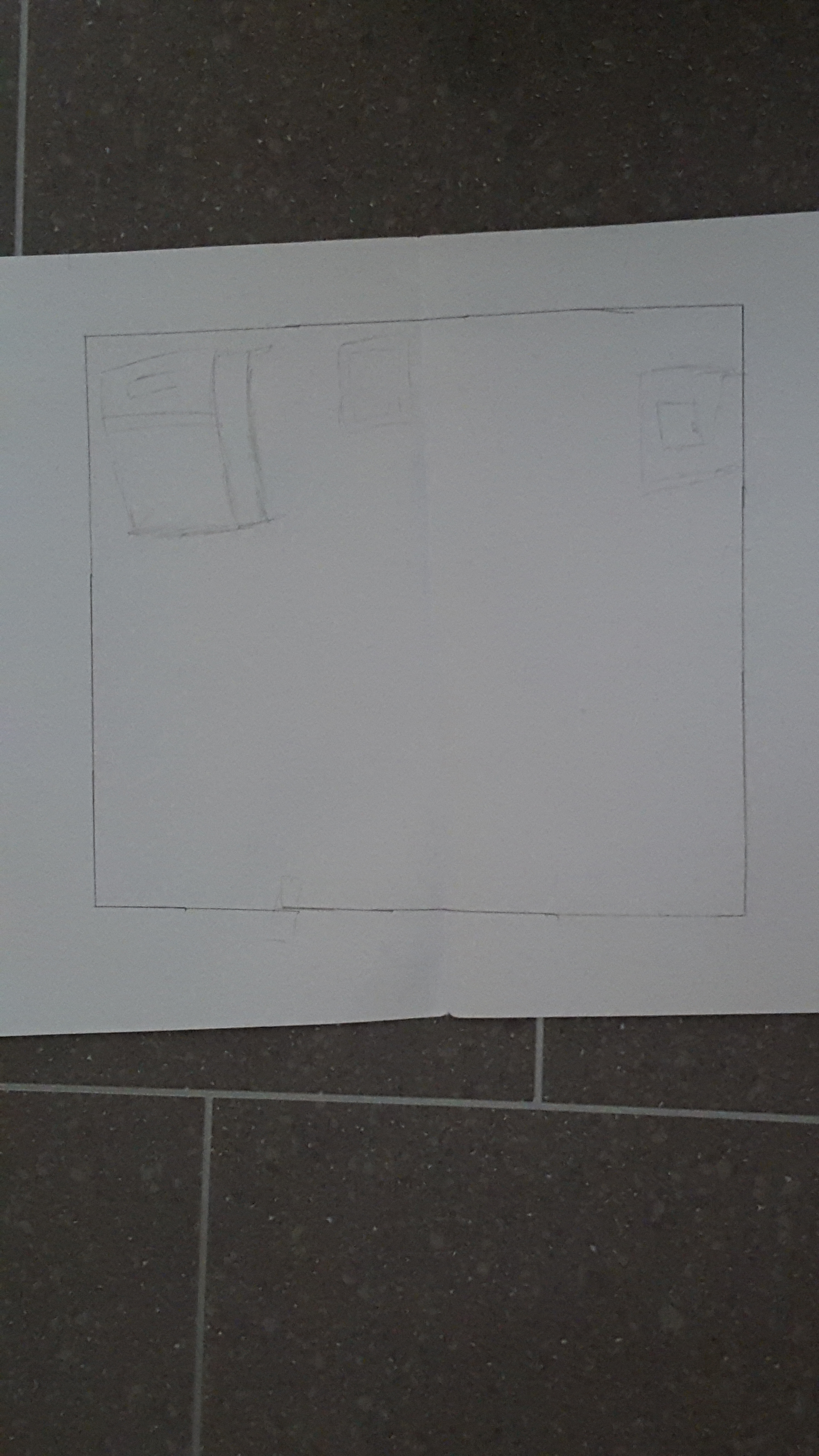 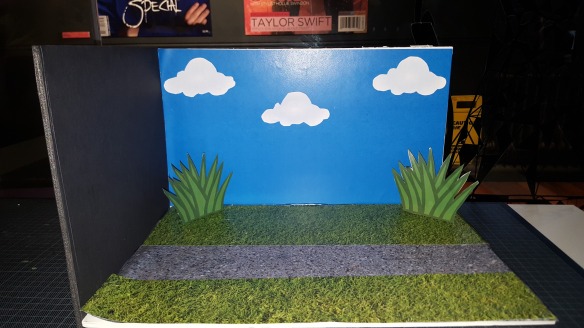 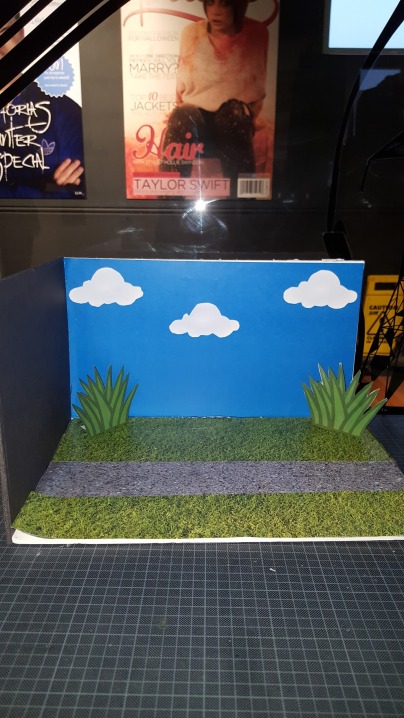 This is a picture of the first set that we created and it is a set of outside which is where the first scene of our stop motion animation is going take place it took us a while took create the first set as it needed a lot of cutting and measuring and also needed  lot of props so we can make it look real the the other picture is the other set which is the bedroom and we used a big cardboard for the room and then we created a bed and also measure and cut a rug for the floor and printed wallpaper for the sides so it looks colourful and print a picture of a clock to make it look more real. 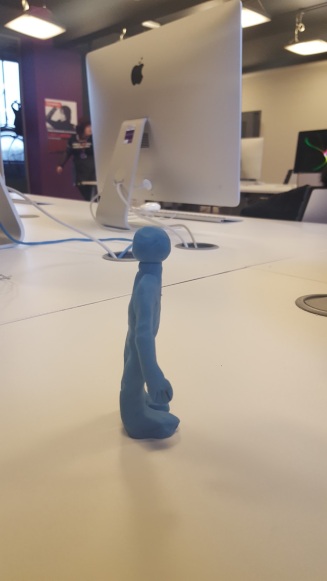 The Colour and what they Represent

Semiology The Study Signs And Signifiers

Semiology is the study of signs and the meaning. When we are watching films we are constantly picking out signs which tell us how to feel or what to think these are linked to the genre of the film as well as the characters within it. Colour plays the key role in creating signs for the audience to identity.

stop motion animation is animation that is photographed one frame at a time when played back at the end it looks like the object are moving or it creates the illusion that the objects are moving.

The Praxinoscope is an animation device that was created in France 1877. It was created by Charles Emile Reynaud [1844-1918] the Praxinoscope uses a strip of pictures which was placed around the inner surface of the spinning cylinder and it showed 12 frames of animation. when the cylinder is rotating the mirror in the middle reveals an image in motion. 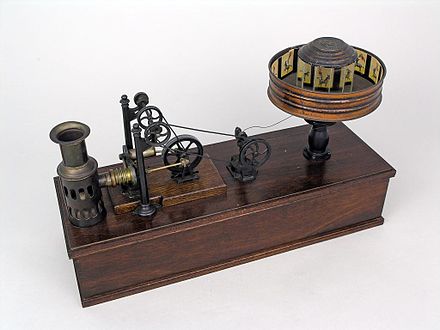 The Zoetrope creates an illusion of movement showing images through a narrow slit in a spinning cylinder it was created by William George Horner (1786-1837) in 1833.

The is an animation device that displays motion picture it was created by Eadweard Mubridge in 1879 the Zoopraxiscope shows images from a rotating disc to create the illusion of motion. the stop motion images were painted on to the glass as a silhouette but the second series of disc that came out in 1892 -1894 used outline drawing that were printed on to the glass disc.

These devices were used in stop motion animation in the 19th and 20th century the animation these days are created with cameras and are edited with computers. 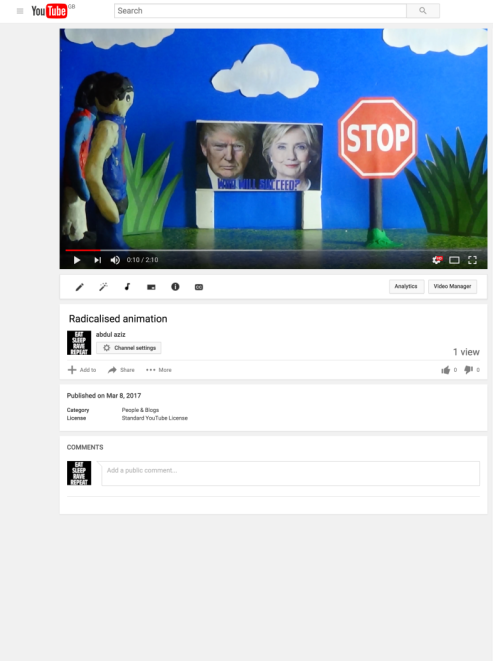